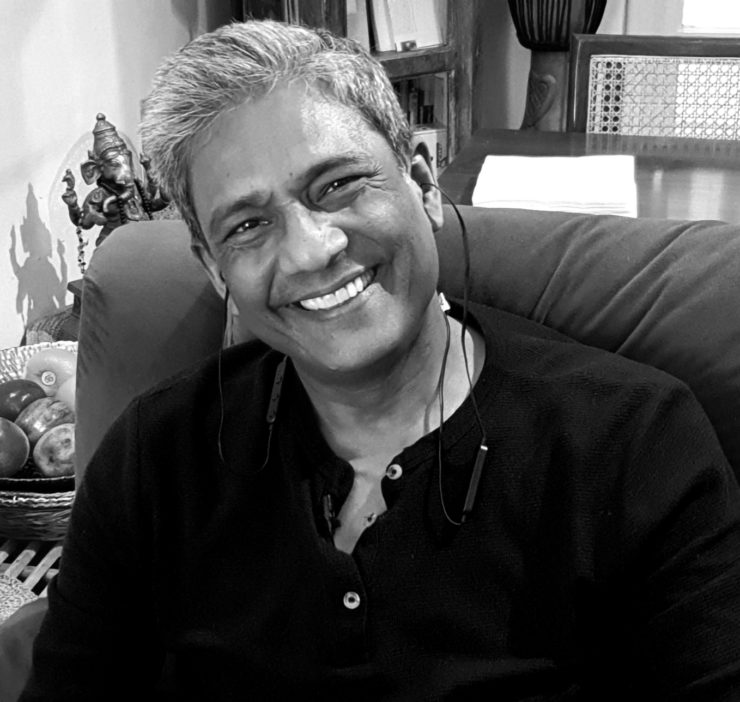 On 9th of May we started our series of Live Talks with a conversation with Adil Hussain and Sanjay Bhutiaini. Please watch this edited version with all the hightlights from the talk.
Adil Hussain is known for his critically acclaimed performances in award winning films such as Ang Lee’s Oscar winning Life of Pi, Subhashish Bhutiani’s Hotel Salvation/Mukti Bhavan, Iram Haq’s What Will People Say, Danis Tanovic’s Tigers, Mira Nair’s The Reluctant Fundamentalist, Pan Nalin’s Angry Indian Goddesses, Partho Sen-Gupta’s Sunrise, Italo Spinelli’s Gangor, Prashant Nair’s Umrika, Leena Yadav’s Parched and Bauddhayan Mukherji’s The Violin Player. For his lead role in Hotel Salvation and Maj Rati Ketaki, he received a National Award in India in 2017.
Adil Hussain plays the charakter of a Rickshaw Driver in Pareeksha, a new film directed and produced by Prakash Jha.

Sanjay Bhutiani has an long working experience as a producer of corporate and ad films, as well as short and feature films. The production of Hotel Salvation brought him critical acclaim. The film has been screened at more than 50 festivals around the globe and has gathered more than 10 awards, including the prestigous award in Venice.

Cargo Movies has released the DVD of Hotel Salvation End of May and the DVD is available on Amazon. Most probably we will see Adil Hussain in one of the selected movies for IndoGerman Filmweek from 24th to 30th of September 2020 at Babylon. So stay tuned and watch out for the program which will be published latest in early September.