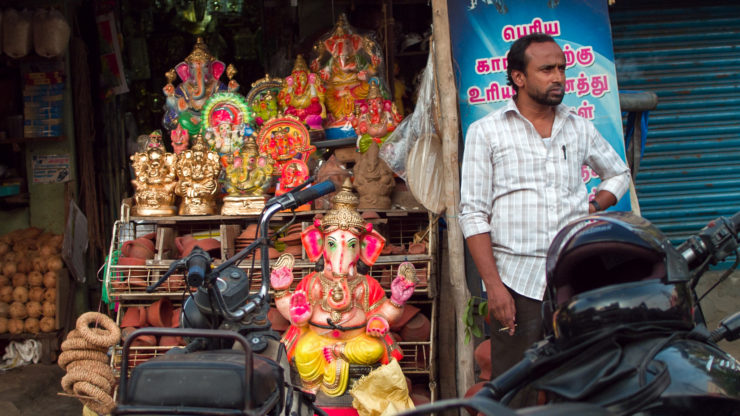 On Occasion of #WeAreOne A Global Filmfestival we will have a #LiveTalk with #director @ArunKarthick, #Producer @Mathivanan and #Co-Producer @SamirSarkar representing their film #Nasir as one of the two entries from India and MAMI-Festival for the global festival on #YouTube.
Watch the LiveTalk here

Arun Karthick’s Tiger Competition-selected feature “Nasir” premiered at the 2020 International Film Festival Rotterdam. The self-taught Tamil filmmaker had competed in IFFR before; he debuted his first feature “The Strange Case of Shiva” in IFFR 2015. This year, “Nasir” won the NETPAC Award for Best Asian film premiering at the festival.

We talk with director Arun Karthick, Producer Mathivanan and Co-Producer Samir Sarkar about their film “Nasir”, the difficulty of marketing the film in absences of festivals due to Covid 19 pandemic, filmmaking in times of Covid -19 and future plans.
“We are One – A Global Film Festival” has featured over 100 films co-curated by 21 leading festivals, hailing from 35 countries, in addition to talks, VR content and musical performances. The 10-day digital event will celebrate global voices, elevate films that have the power to create change and bring audiences from around the world together to create meaningful connections. Assembling some of the world’s most talented artists, storytellers and curators around a central effort to provide entertainment and offer relief in the form of supporting organizations responding to the COVID-19 pandemic, the festival will run exclusively on YouTube May 29 – June 7 at YouTube.com/WeAreOne.

Short Synopsis Nasir:
Salesman Nasir lives a contended life with his mother Fatima, wife Taj and nephew Iqbal in a closely populated ghetto. Employed in an apparel shop at the heart of a busy city, the middle aged Nasir is a hard worker. As his day unfolds we find him to be a nimble romantic, marshaling a love of love, song, children, friendship, and even God to rise into something resembling a life well lived. But the increasing communal bigotry has other plans.